The Hollywood Reporter ranked the University of North Carolina School of the Arts (UNCSA) School of Drama No. 4 in the world on its list of the 25 Best Institutions for a Drama Degree, and third among the BFA programs included on the list.

The Hollywood Reporter cites the UNCSA School of Drama as being “among the first educational institutions to offer a BFA in theater”, and hails it as “among the most innovative to get students on their feet throughout the pandemic, with a combination of filmed theater, radio plays and in person broadcasts at social distance ”, produced outside.

The publication consulted industry insiders, casting professionals and alumni for its annual ranking, titled “The 25 Best Drama Schools in the World,” appearing in the June 16 issue, published online on June 19.

The School of Drama is ranked # 4 in the world by The Hollywood Reporter.

“What the pandemic year has proven is that the appetite for content – and the actors necessary to bring it to life – has never been stronger,” the article notes, and says that “the grounds drives are preparing for a surge in the number of applicants “as the industry reopens.

UNCSA School of Drama, which offers a four-year undergraduate drama program for actors and directors and a one-year acting program for high school students, offers advanced training and access to the industry at a fraction of the cost of other top-ranked programs.

“It’s no secret that the UNCSA School of Drama is world class and of exceptional worth compared to its peers,” said UNCSA Chancellor Brian Cole. “Our drama school consistently ranks among the best programs in the world, and this year – despite the challenges of a global pandemic – is no exception. Dean Scott Zigler’s leadership and the hard work of faculty, staff and students to innovate around the challenges of COVID-19 have enabled UNCSA to maintain the high level of training expected of the program, while providing a season of creative and professional performance in an environment that meets the highest safety standards used by the industry.

Zigler commented, “It is gratifying to see the recognition of our program in the industry, especially after a year in which our faculty, staff and students have gone above and beyond to be successful despite difficult circumstances. Our students enjoyed safe in-person training all year round and created an entire season of performance, involving
After projects than what had been planned before COVID-19, using innovative methods that reflected how the industry itself was adapting. I am especially proud that we have brought our community together for safe outdoor performances on three different occasions. For many spectators, it was the very first live performances they have seen since the start of the pandemic. Our students are now even better equipped to meet the challenges of a changing industry and are armed with the resilience and courage necessary for a successful career. 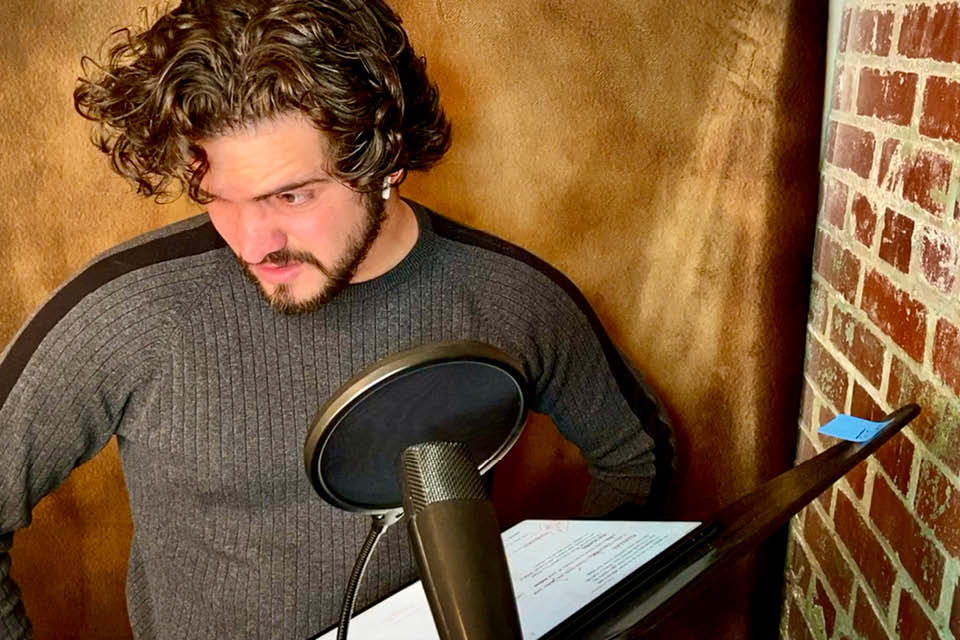 The School of Drama presented Shakespeare’s “Henry V” as a radio play.

Zigler, who has been dean of the UNCSA School of Drama since 2017, focused on conceived performance, on-camera acting, and classroom entrepreneurship, as well as creating a equitable and inclusive environment for all students. a top priority in the program and throughout the performance season.

UNCSA students have a competitive advantage through on-camera training built into four years of their training with lead camera instructor Bob Krakower, providing significant value and hands-on training for today’s industry. Only UNCSA offers integration with a nationally-ranked film school directly on campus, giving students the unique opportunity to appear in films and arm them with a solid reel when entering the profession. . The Drama School’s one-year theater program, under the supervision of founding member of the Tectonic Theater Company, Andy Paris, positions students as creators and producers of content as well as directors and performers. The courses on the professions of entertainment and entrepreneurship, which make up the bulk of the fourth year curriculum, give students the tools to take charge of their own careers and prepare them for the real life of the profession. Taking advantage of Zoom during the pandemic, the School of Drama was able to “bring” more than 50 industry guests to the classroom to help prepare the upper class for life after graduation.

As UNCSA embarks on university-wide efforts for Equity, Diversity, Inclusion and Belonging (EDIB), the School of Drama has recruited various ensembles over the four years of her undergraduate program and chose a diverse repertoire that represents all people of color as well as transgender people. and non-gender-conforming artists.

Zigler said, “By adding a new generation of plays and playwrights to the programs and performance opportunities we offer our students, our goal is that the material performed in our classrooms and on our stages reflects the experiences. , the real hopes and dreams of our talented and a diverse student body. While we always respect the classic Western Eurocentric and almost all-male canon, we must embrace an extremely broad spectrum of contemporary voices in order to better serve our students, remain relevant in the evolving industry, and create a thriving arts community where each and every individual is unique. is really feels a sense of belonging.

Recent works presented by UNCSA include “Neaptide” by Sarah Daniels, “Down in face of God” by Tim J. Lord, “Sweat” by Lynn Nottage, “Top Girls” by Caryl Churchill, “A Movie Star has to Star in Black ”by Adrienne Kennedy. and white ”, and more.

Former students of the UNCSA School of Dramatic Art include Jonathan majors (to come “Ant-Man 3”, “The Harder They Fall”; “Lovecraft Country”, “Da 5 Bloods”);
Billy Magnussen (“Made For Love”, “No time to die”, “Aladdin”); Anthony mackie (“The Falcon and the Winter Soldier”); Krys marshall (“For all mankind”); Elizabeth lail (“Gossip Girl”, “You”); Isaac powell (upcoming film adaptation of “Dear Evan Hansen,” Tony in Broadway’s “West Side Story”);
Dane DeHaan (“Lisey’s story”, “The staircase”, “Zero zero zero”); Diedrich Bader (“Veep”, “Better Things”, “American Housewife”); Marie-Louise Parker (“The Sound Inside”, next cover of “How I Learned to Drive”, “Fried Green Tomatoes”, “Angels in America”, Tony Award for “Proof”); and Orin Wolf (producer of the upcoming “To Kill a Mockingbird” on Broadway and Tony Award-winning producer of “The Band’s Visit”, producer of “Beautiful – The Carole King Musical”).

Recent alumni include Ainsley Seiger, ’20 (“Law & Order: Organized crime”) Cricket Brown, ’19 (“Impie”); and Jack Alcott, ’19 (“The good God bird”, “Dexter”). In addition, a recent third year student Briana middleton has been portrayed by George Clooney for his upcoming film, “The Tender Bar”, and will also be seen in the upcoming prequel “Beauty and the Beast” and “The Last Will and the Testament of Charles Abernathy”.

Get the best news, performances and stories from UNCSA alumni.
SUBSCRIBE TO OUR NEWSLETTERS